In the Middle of it!

All at a level, knee long dresses. Neither long or short. Shimmer Dresses in the variants I have found so far. Bonnie. Very odd choice of fabrics for Bonnie, but in a Quant way it actually works... Knit Wit 65359 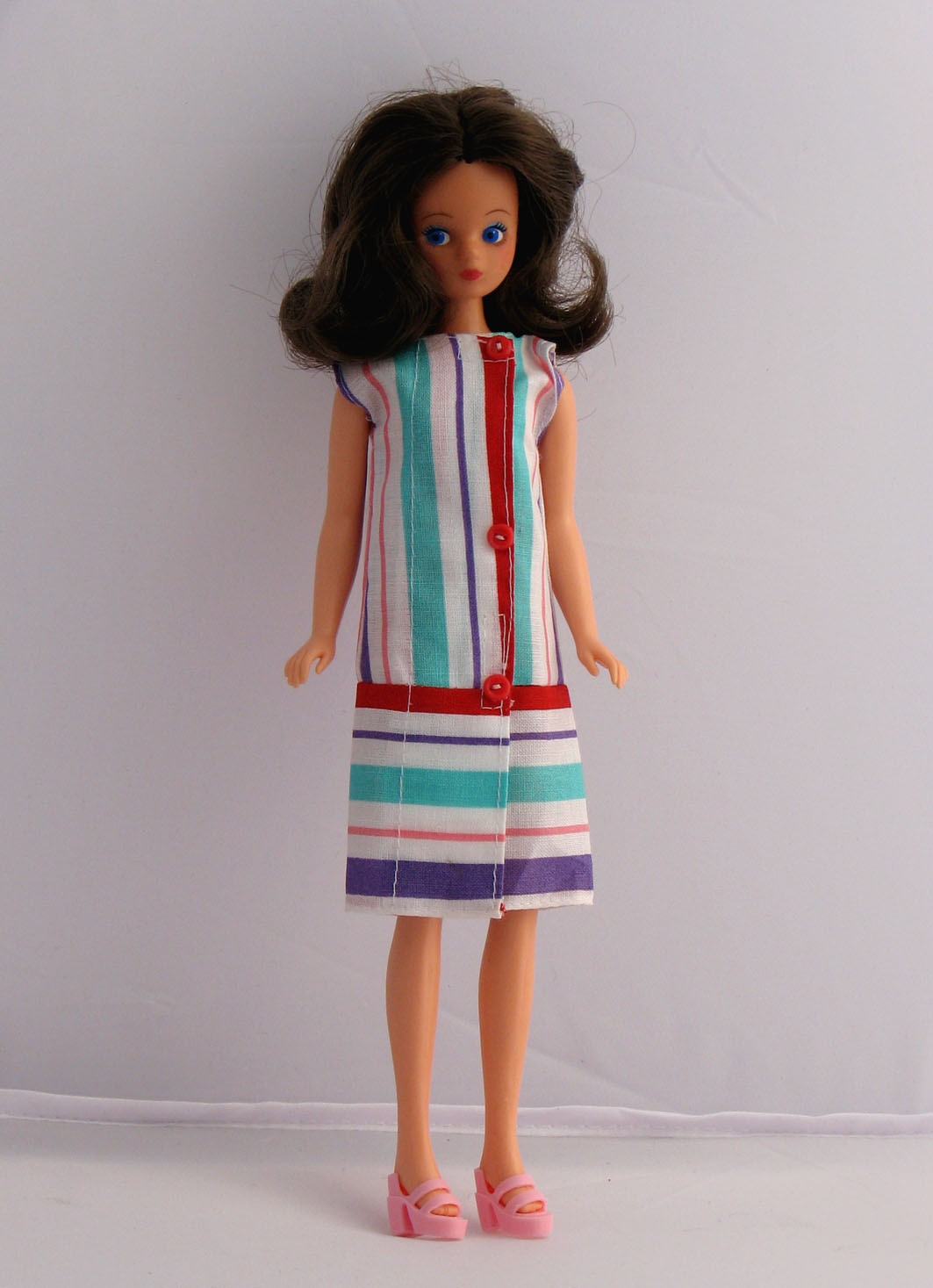 This one doesn't look like much on the card, but is actually quite sweet once on. 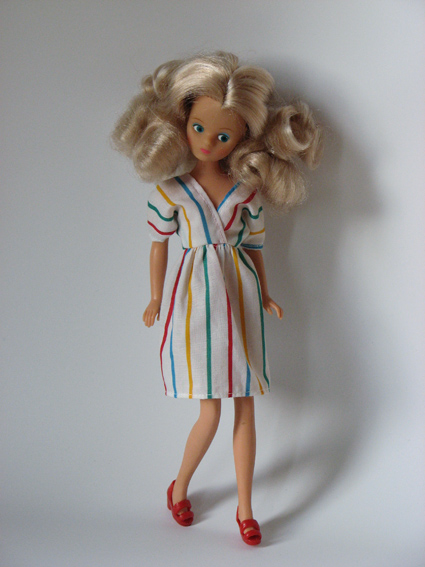 A couple of stripy dresses from Optimum, no names for them though. 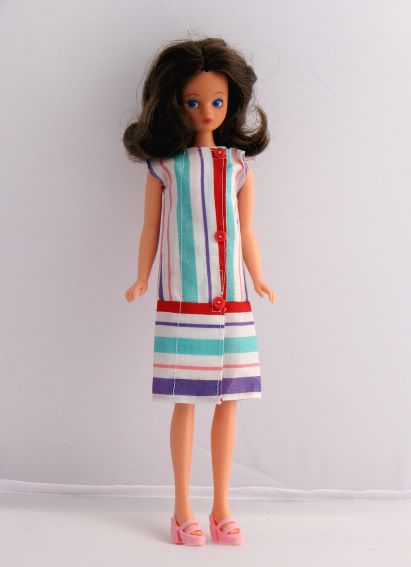 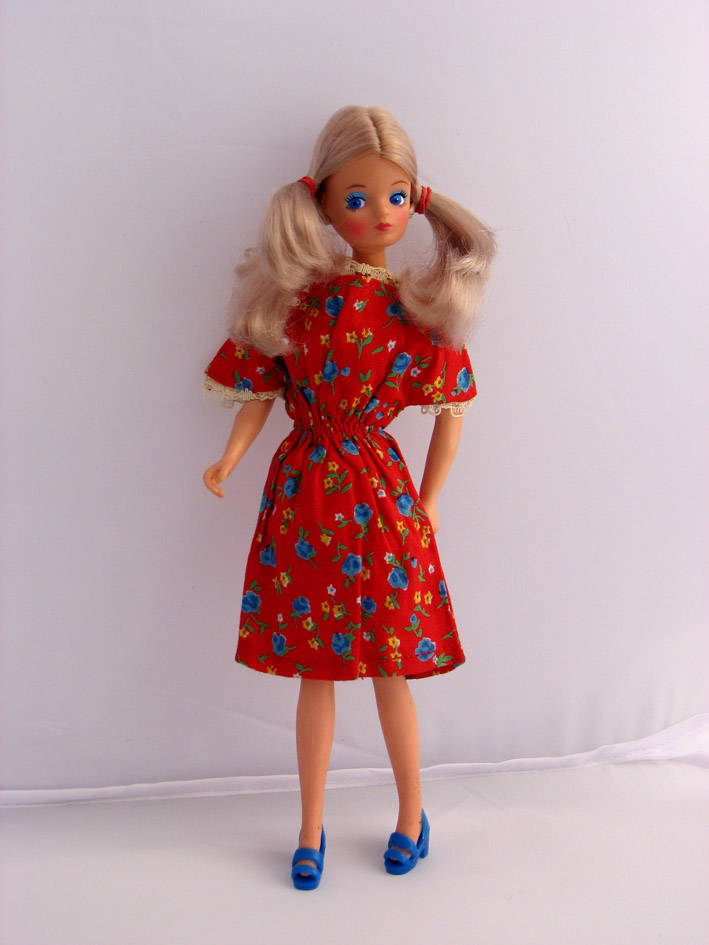 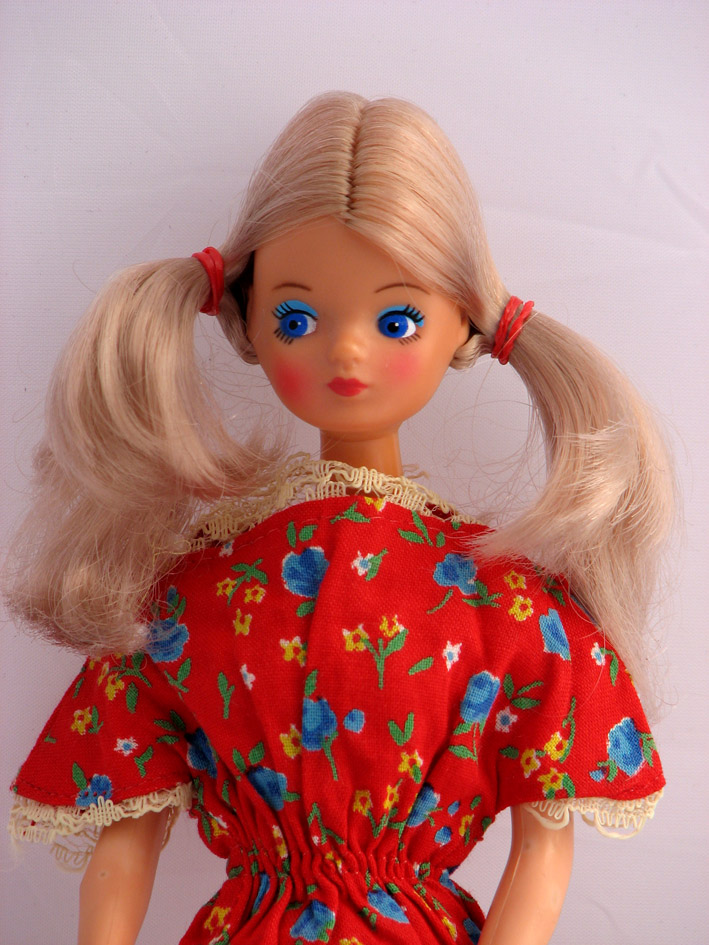 Fruitcake one of the "newer" ones.

Red Dress in two variants, I don't think it has a name. I have no idea if she wore any shoes with the dress? She was sold ready dressed in this.

First an optimum dress 65356 with no seperat name. The number was beeing used for several other outfits. Lola, I love the cut on this one. Foxtrot and Swizzle almost too long to be called short, so they are both here and in the short ones. Daisy & Spot in the later edition. Shepherds Pie like the one I had as a child.

Walk along Daisy, another readydressed doll with a walking action.

A brunette version. I have really come to love this version of Daisy, she is very special with the lashes and all. Absolutely gorgeous.