Daisy has lots of different horses, also two dark brown variants that I don't have, one with black man & tail, one with white.

Of the light brown ones two more variants exist, one almost the same as the first one, but with black hoofs & no socks, and one with white man & tail The most common horse being a light brown one with dark man & tail, two white socks and brown (uncoloured) hoofs.)
I have had this one always ( From when I was six, I got it at x-mas i remember). I do have the real saddle for him, but made this "lady-saddle" so that the regular Daisy could ride him, and it also looks better when she is wearing her one of her lovely gowns. Daisy, the old dashing type, in her riding gear and a new dashing one in her cowboy outfit; Calamity Jane. Real cowboy-style, no stirrups used! 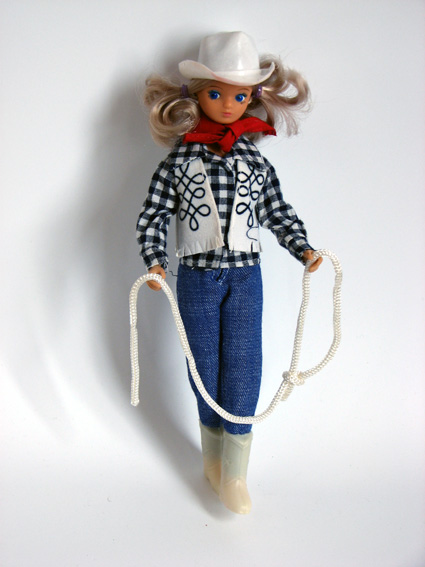 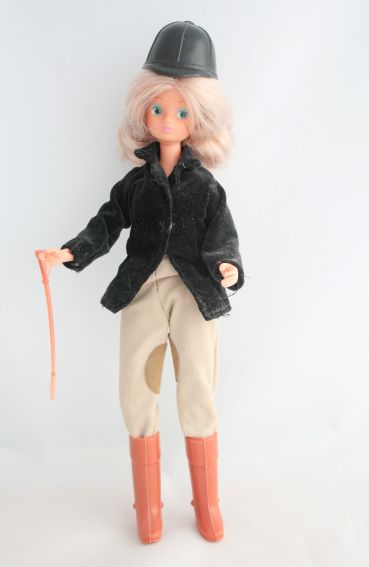 The appaloosa type horse, one with with more and smaller spots, and another with fewer larger ones.
The active 3-wig Daisy controls the one on the left wearing Gymkhana, and the other Daisy is wearing Easy rider. 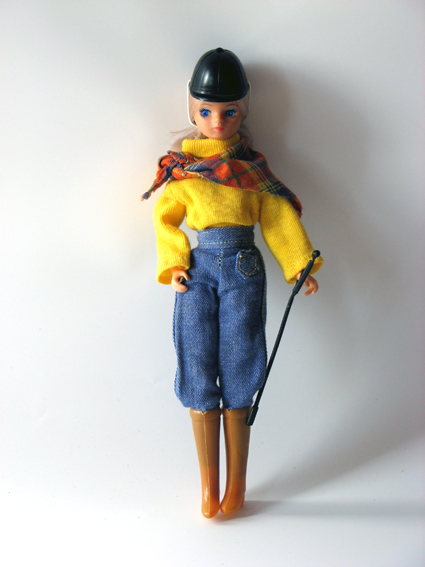 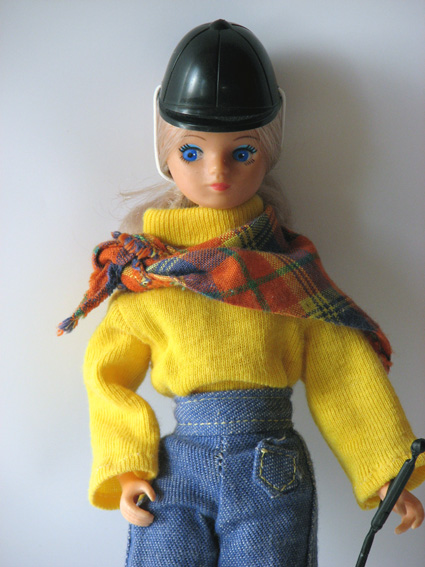 Here the girl wearing Easy Rider isn't wearing the right boots, you can see the right ones on the picture above with the horses. It is boots similar to the Sherlock ones, only here they fit better since the pants go into the boots to secure them. Dashing Daisy wearing Circus Star and her special made boots, Archie in his circus gear with the lovely feathery headpiece. Circus Star as a ballerina outfit, with the spinning stand that came with it. My daughter picked the lovely flowers for her, isn't she great? Two circus princesses :o) Looks like they are having a hard time controlling the horses. One of my re-roots wearing Silver Blades, which originally is a skater outfit. 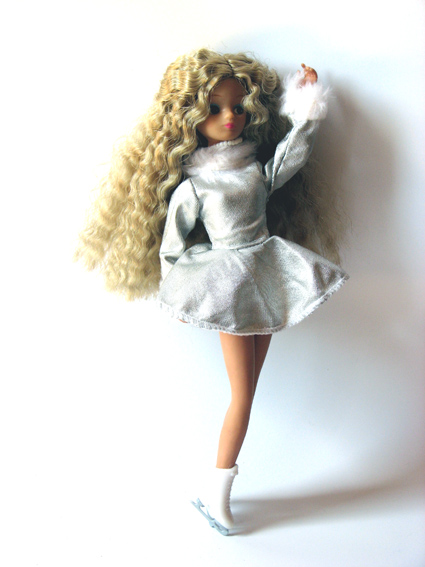 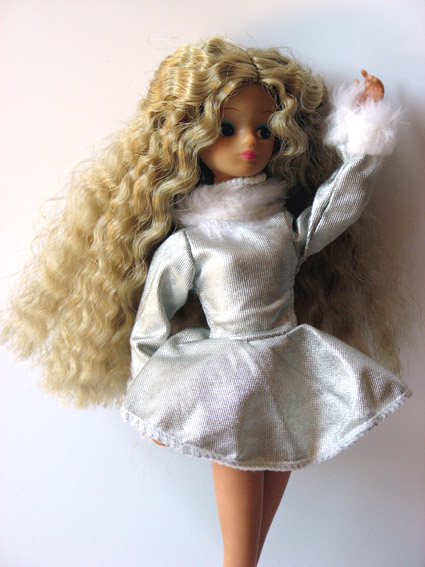 Daisy loves sports, she skies, plays tennis, does ballet, she skates she surfs...
And if she had been made 10 years later, who knowns? Anaerobic studio, a boat (she does have the clothes (Ahoy)) Rollerblades, etc.

On her skiing vacation Daisy wore her lovely St. Morits outfit. Should include orange goggles.

Skidoo in red, It did come with both a surf board and a skateboard. Also available in Green, as you can see. The green version comes originally with red knee/elbow protection and a red helmet.

The skateboards/surfboards were also old on separate cards. With this boxed active girl came both a surfboard and a skateboard. Ice Skater with pirouette stand, just as the Circus princess.

A ballerina with replacement ribbons in the shoes. And a variant with the correct shoes/laces..

This one is for Daisy, very lovely. I have no idea if it came with rackets or not.